Showing posts from April, 2011
Show all

I can't enough of Twilight spoofs. I have so many favorites , but this one is awfully cute. It's about a year old, so I'm a bit behind on the times. Either way, I've enjoyed the Twilight phenom from a cultural point of view. As a Buffy fan, the books weren't really my taste, but I enjoyed the first movie the way any lady of uncertain years remembering her youth does, and it's been even more fun to see the response--from the financial empire of the books, to celebrities created overnight, to tongue-in-cheek spoofs. Happy Friday.
Post a Comment
Read more

Jane Eyre...and The Film That Finally Does It Justice

Of course most all the adaptations of Jane Eyre have been pretty good, but often one thing is sacrificed for another. Purists want as much as the prose as possible so the result translates a bit clunkily to film. Then some films rewrite the dialogue to some degree and focus on the acting (especially over-acting) , or try to modernize it into something it was never meant to be. Somehow director Cary Fukunaga managed to compress the story without losing anything, and by allowing particular bits of prose, the sublime acting, the lighting and directing, even the silence and wind, to help tell the story, it allows the soul of Jane Eyre to come through in a way that is breathtaking and riveting to behold. This was, to me, by far the most brilliant treatment of the novel I have ever seen. Mia Wasikowska is Jane. Michael Fessbender is Rochester (and also this guy ). Dame Judi Dench was just the cherry on top. The story was set up in a different way that gave it a fresh feel witho
Post a Comment
Read more 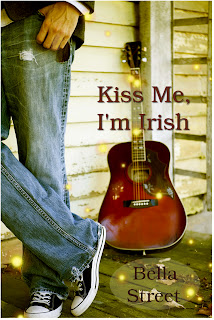 Isn't that such an enticing question? How many Irishmen have gotten away with it? I'll bet LOTS. And Liam Jackson has the same effect on women, even one from another time. Emily Musgrave has been banished to a convent in Cornwall for what her great aunt calls wayward behavior. The year is 1813. She manages to escape her certain fate during a storm, but falls into a circle of stones and sees a piskie. And every Cornish girl knows what that means--big trouble. When she wakes up, she meets a strange blonde girl who has a way with a fiddle and her brother, a moody Dobro player on the run from unhappy fans. From escaping the convent to joining the musical duo to escape with their lives in the modern day, Emily embarks on a new world where hems are high and morals are low. But all she can think of is kissing the delicious Dobro player, Liam Jackson--even if it means it might send her back to the past. An Amazon reader had this to say: " I loved this story! Bella Stre
Post a Comment
Read more

Vampire Diaries Are Back! 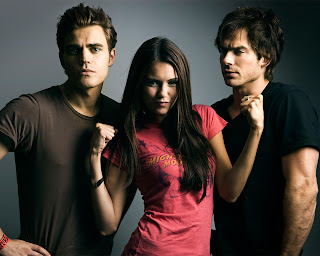 Last night's ep Know Thy Enemy was pure awesomeness covered in crazy sauce, and a great episode to plunge back into the guilty pleasure that is Vampire Diaries . We had Mandy , Mr. Sark , Boone , Steve McQueen's grandson , and almost Mr-Elle who might now be evil, oh my! Check out the web's best recap for even more fun.
1 comment
Read more 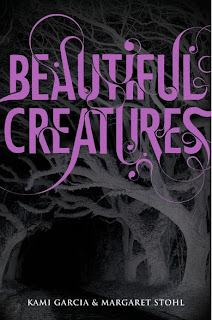 I just finished the first two books in the Caster Chronicles by Kami Garcia and Margaret Stohl, Beautiful Creatures and Beautiful Darkness . As a newcomer to the South, I'm ever on the lookout for Southern Gothic fiction and these YA books did not disappoint. The stories are told from the perspective of 16 year old Ethan Wate and he's the droll, sensitive kind of boy teen girls dream about and mothers hope their daughters date. But he's not without conflict, especially when a new girl comes to town, intersecting his dreams and life, one rainy night on Route 9. I read both books back to back and enjoyed the brooding but genteel ambiance and the quirky yet dark characters who populate Gatlin, South Carolina. Amidst the fanciful yet grim Caster world, there were a few Southern cliches that seemed more suited to the 1950s than modern day, but these books captured my imagination and led me on a whimsically poignant journey that I'm eager to continue. The thir
Post a Comment
Read more
More posts