Showing posts from June, 2013
Show all

Please welcome guest host YA Sci-Fi author Pippa Jay as she talks about world-building and her latest book GETHYON! World Building – Future Fashion World Building – Future Fashion I'm not one to follow fashions, and never have been. As a teenager I set my mind on bucking any trend, and now as a busy mum of three I just don’t have time. Comfort and practicality are my two main requisites when it comes to what I wear!  But for my characters, it’s a different story. While I might not spend a whole paragraph on their latest outfit, what they wear and how they dress is a small but important part of the world building. It helps define the society. Are they technologically advanced? Wealthy or poor? Is it a significant part of their culture, or something that depends purely on their age group? Do they wear little because there’s no social stigma, because the amount of flesh they show is either a statement or lack of concern, or because they’ve perfected climate con
6 comments
Read more 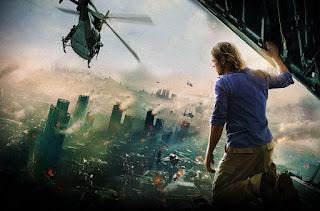 In honor of the release of World War Z , I'm participating in an act of shameless promotion. My book series Apocalypse Babes starts off with a little zombie action--though my zombies aren't quite that fast AND are more partial to disco than worldwide destruction.  Instead of the stylish scarf Brad Pitt sports, my main character Seffy has an unnatural affinity for her pink Juicy Couture velour tracksuit. So yeah, not a lot of similarities, but, hey, zombies! No mad skillz, no sacred destiny, just a pink tracksuit that will take her places she never wanted to go... It's been said that a sure sign of the coming apocalypse is an 80s roller skate disco movie coming to DVD (with special features). In the science-fiction novel series Apocalypse Babes, a stylish group of twenty-something friends are torn from the Babylonian arms of 2006 West Hollywood and flung nearly thirty years into the past. It might be because one of them purchased the taboo film in a nos
Post a Comment
Read more

Apocalypse Babes: Number One And Less Than A Buck! Just wanted to say thank you to all who've purchased my 6 book Gothic Sci-Fi Romance series Apocalypse Babes. At the time of this posting, the series is #1 in Time Travel Romance and Gothic Romance. Woot! #1 in  Books > Romance > Gothic #1 in  Kindle Store > Kindle eBooks > Literature & Fiction > Genre Fiction > Romance > Gothic #1 in  Books > Romance > Time Travel Much of this can be attributed to the fact that it's six full-length novels for 99 cents , instead of the usual $4.99, which won't last much longer.  So if you've been curious, now's your chance to get a sweet dealio. And maybe even a good read :)
Post a Comment
Read more
More posts